Brexit, an update on the impact of regulations on the art market 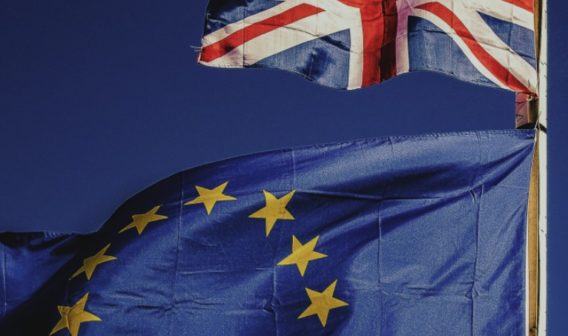 Pandemic-related restrictions have caused some sweats in the art market over the past two years. Yet players around the world, including the UK, reacted quickly to limit the losses attributable to the health crisis. The new trading standards for exchanges with the EU, enacted following Brexit, have brought a lot of additional complications to the fine art market.

More expensive, more formalities and more effort
Acquiring and moving works of art between the UK and the EU are activities that must now be done under international trade regulations. As a result, galleries, artists and collectors are now faced with a series of new formalities that have seriously impacted the fluidity of their commercial activities with the continent.

Since the implementation of the new standards, the feedback has been mixed. On the one hand, some players who have been accompanied by specialised service providers such as Fortius have been able to anticipate blockages, while others have experienced frustration following the administrative red tape due to Brexit.

For example, during the Frieze fair, some European galleries encountered great difficulties in getting the artists they represent to participate in this event, which is recognised as a must in the art world.

The main difficulty encountered was directly linked to import/export formalities, which Brexit has made considerably more complex. In addition to a pile of administrative documents required to enter and leave the British territory, works of art found themselves blocked at the border post due to the vagueness of the new regulations. This resulted in empty stands and a disconcerted reaction from European gallery owners who expressed their intention not to participate in future editions, despite the importance of the event.

The same finding of difficulty has also been observed with English actors who have participated in fairs organised within the EU. However, the latter have shown themselves to be less intransigent than their European colleagues since they envisage a return to normal activities once the new administrative habits have established themselves.

In fact, in addition to the loss of the advantages of free trade guaranteed within the Schengen area, London has lost some of its attractiveness by no longer having the possibility of being an entry point on the European continent for this type of goods.

This change of status has thus prompted certain London players, who have strong commercial activities with the EU, to open branches within the European Union and mainly in Paris to offer an alternative to their client in order to maintain free movement of their works of art while benefiting from the lowest European VAT rate.

According to Pierre Valentin, founder of the Association of Professional Advisors for the International Art Market, Brexit is causing a clear setback for the English art market. While commenting on the evolution of the market, he hinted, rather pessimistically, that he saw the possibility of the UK art market becoming a national one within the next decade.

Regarding the storage sector, which is closely linked to the trade in works of art, it too has experienced shocks linked to the United Kingdom’s exit from the free trade agreements as well.

Thus, before and since Brexit, gallery owners, auction houses and collectors have moved within the EU a large part of their stocks of goods which, until now, benefited from free circulation. This massive movement of stock to member countries notably allowed them to free themselves from the administrative burdens caused by the withdrawal of the United Kingdom from the EU.

In this context, it should be noted that Fortius Luxembourg also offers a suitable solution thanks to its free zone storage possibilities with direct access to the tarmac of Luxembourg international airport.

Big UK players remain optimistic
According to the spokesperson for Christie’s, however, optimism remains the order of the day. Christie’s base its assumption in particular on the observation that the British art market is not limited to the European Union. London’s business is global. According to some figures, 87% of the UK market involves non-EU trade. This observation leads this major British player to believe that Brexit will only have a limited impact on the central place occupied by London in the international market. Thus, for the major auction houses, leaving the EU would only result in considering the European territory as part of the world market.

It should be noted that the major auction houses still have reservations about the final impact of Brexit on their trade with EU member countries. They consider that the effects of the United Kingdom’s exit from the free trade area can only be truly assessed once the restrictions concerning residence and employment rights as well as the movement of people and works of art will have had their full effect.

Moreover, new arrangements, admittedly minor, remain to be agreed between the States, and the current provisions are always subject to retractions in the years to come. It will therefore be necessary to wait until the dust has completely settled to assess the impact of the new regulations on trade with Member States of the European Union.

In addition to the disruptions on the exchange of works of art, Brexit is beginning to show its negative effects on the movement of European students who want to take advantage of British artistic education to complete their training. The main obstacle encountered by students concerns tuition fees, which are now calculated on the basis of those applied to international students. In the same way, British students have lost the facilities they have enjoyed so far to train within the EU. This compartmentalisation of creative minds will undoubtedly have some negative effects on artistic production with losses that unfortunately can never be compensated.

To conclude, if the main impact of Brexit on the exchange market is “only” red tape and changes in tax rates, it is nonetheless a setback in the level of freedoms so necessary for artistic production.

Thus, it is not only sellers who suffer from Brexit, but also all art lovers and creators who see themselves cut off from the facilities they had to live, work, study and travel to and from the United Kingdom.