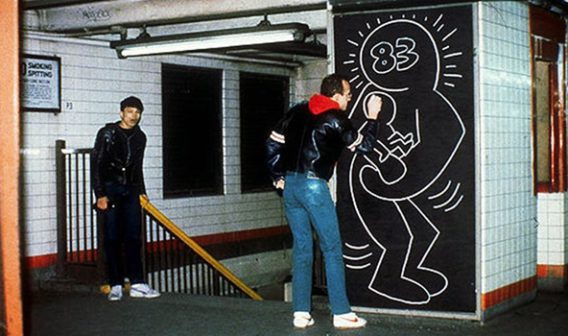 Keith Haring was born in Pennsylvania in 1958, in a city called Kutztown, and died in New York in 1990. To define him, we must say that he was the most important graffiti artist of the 1980s: graffiti artist, graffiti painter, X. He was an urban artist, transgressive and unique. His first source of inspiration was television itself, especially the programs for children with cartoons that he saw on it, and it did not take him long to go to the Ivy School of Art in Pittsburgh, where he not only perfected his art but also met and learned focused on screen printing, especially focused on T-shirts. 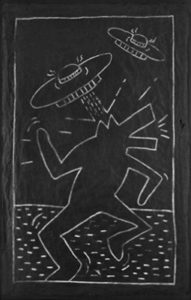 When he finished that phase of his studies, he was redirected to the School of Visual Arts in New York, between 1978 and 1979, learning from great art figures such as Keith Sonnier and Joseph Kosuth. In these years, she performed and presented her first performance, called Poetry-Word-Things: his stage was the 57 Club in Manhattan. Although Haring held to the point of view quite called to the current art of his time, he did not take long to focus on what has given him such recognition: graffiti. His first works were born from a marker pen and took place on the advertisements of the New York subway in a vandal way. It was not the only thing. He soon adopted white chalk as an instrument and continued marking the meter, although this time in empty spaces dedicated to advertising. At this time, he limited himself to simple drawings of extraterrestrial motifs with sexual elements, people, and dogs. He later added, always within these limits, a richer iconography: babies, halos, televisions, pyramids, nuclear energy, etc. They are not randomly chosen subjects: Haring had enormous anxiety focused on fear of technology, and he took it out in this way. 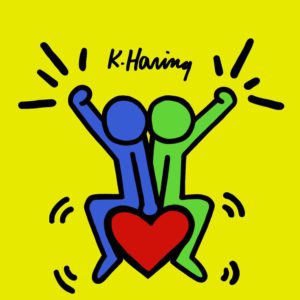 His first exhibitions were after 1980. The first solo show was at the Tony Shafrazi Gallery in New York in 1982. In the middle of this decade, he exhibited painted steel sculptures in Leo Castelli and began to make his most abstract art. He got to keep a store open in 1986, in which he not only sold his work and adorned the boys’ skateboards. His art continued to remain transgressive. He continued to paint the walls and advertisements of the city’s subway, savoring a certain point of danger from urban vandalism that seemed to be a part of himself.

His style was mutating, although remaining extremely faithful to the initial one, to those first influences. It is constantly reflecting the pop generation and street culture of Manhattan’s East Village, frightening simplicity and clarity. He was similar to Warhol in some respects, thereby surrendering to the dominant culture in music, fashion, and art, intermingling the three to obtain an improved and superior result: which brought them both fame, their understanding of the actuality. 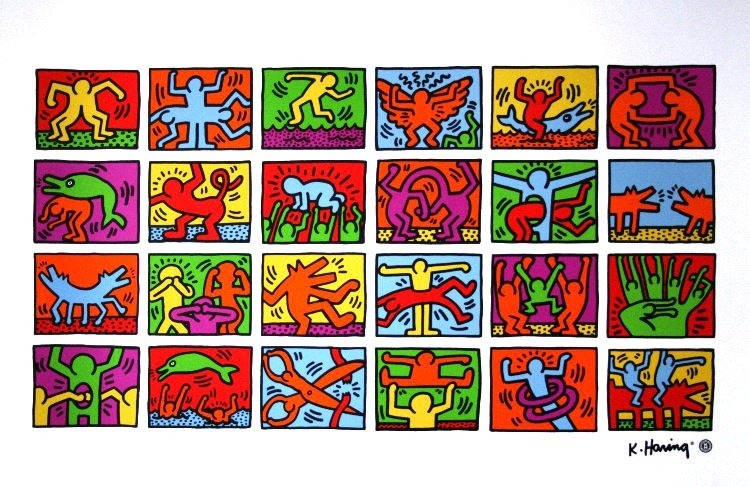 He was using the first support he had in hand. That is why we see his work on paper, on canvas, on pieces of steel, or T-shirts, or even glasses or fiberglass. He drank from the influences of his childhood, from the New York of the 80s, from Eskimo or African art. Even from Japanese culture and calligraphy and Warhol’s all-over, staying in a fine line close to abstraction, the reminiscent, saving the distance, to Jackson Pollock.