SALVADOR DALÍ: THE GENIUS OF SURREALISM 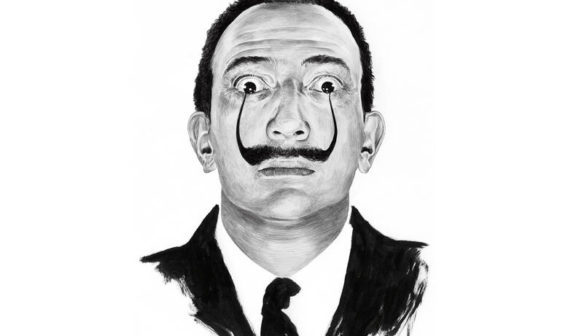 Salvador Dalí was born on May 5 in Figueras in 1904, the son of a notary from a good family. From a young age, he marked him with the idea that he was the reincarnation of his older brother, who died when he was still a baby, nine months before the birth of Salvador Dalí. It was a belief that his parents praised and exaggerated, although always qualifying it to guide her to a positive point. Thus, Dalí came to think that he was the “improved version” of his brother, who also called after him.

Art knocked on his door since he was a child. At the age of ten, he and he drew and painted with ease, especially making brief portraits of his family and painting the landscapes surrounding his house and his day-to-day life. The year 1922 was special for Dalí: he stayed at the Student Residence in the capital, with the idea of ​​studying at the San Fernando School of Fine Arts. For four years, he remains at the School, until in 1926, in a delusion of grandeur, he decides that he is not going to be examined in one of his subjects because he does not consider any of his teachers superior to himself. Although he already has great artistic knowledge, he is expelled, and he takes great friends from the Residence who will later influence his creative processes, such as Luis Buñuel or Federico García Lorca. Outstanding works such as Portrait of Luis Buñuel and Girl at the Window date from this period.

Three years later, he is in Paris, and he knows first-hand Joan Miró, who introduces him to other members of Surrealism when Dalí’s work was already largely sympathetic to the Surrealist movement. As with other members, he began to be drawn to the study of Freudian theories of psychoanalysis, even developing his own version of theories and surrealism, treating the subconscious world as the realm of instincts that we repressed day after day, turning his vision of reality into what he considered a vision colored and distorted by obsessions and problems. The works The Great Masturbator and The Persistence of Memory, two of the artist’s most famous and exalted works, date from this period. 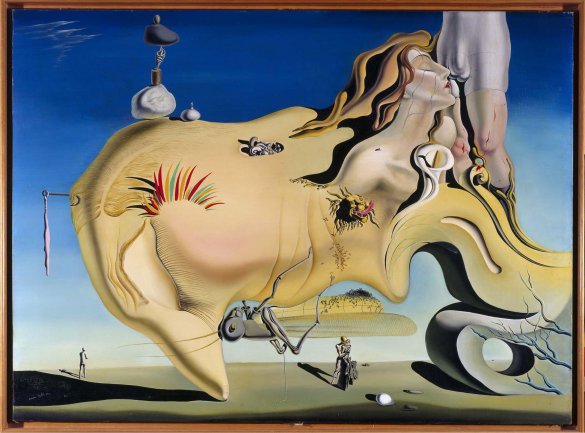 Thus, he captures in his works those traumas that he believes transform his reality, in the same way, that he himself constantly theorizes. It is his own way of understanding and going beyond surrealism. Among these traumas, we can talk about the aforementioned dead brother, as well as the panic over his sex, which is the germ of The Great Masturbator. The work is ambiguous and phallic forms proliferate, fleeing from that female sex. From this time and this great study of Freud’s works, his tendency to exaggeration and his paranoid-critical method was born.

We only have to look at the center of the work, where we see the most striking features of the painter, followed by metaphoric and symbolic elements that accompany him and that make us understand, if we can read between the lines, the painter is better. We can see, for example, a grasshopper (an insect that caused panic in Dalí) full of ants, as a symbol of death; a hook that ties his family; a woman’s head near some genitals, which shows precisely that panic towards the female sex, highlighting masturbation and oral sex as the only form that Dalí was able to understand and maintain. However, it is not Gala. She appears in the background, in the couple.

The Persistence of Memory is mainly a confession of his fear of the inevitable passage of time. This work has also been called “The soft clocks,” precisely because in them, in their unstable forms and in the process of melting, we see an attempt by the painter to show to some extent an irrelevance in a subject that, clearly, tortures him during much of his life.

He left Spain until 1948, leaving with Gala for the United States. On his return, he settled in Port Lligat, resuming his deep religiosity there and performing works such as Madonna of Port Lligat, Leda Atómica, and The Last Supper. Another of the moments that most affected the artist was the explosion generated in Hiroshima by a nuclear bomb on August 6, 1945. It was, in fact, the main inspiration for his Leda atomic work. This time, it’s about Gala, sitting on a pedestal while caressing the swan that Zeus is trying to seduce her in the mythological version.

But undoubtedly, the most striking work of this period is the Christ of Saint John of the Cross, a crucifixion seen from above, a perspective that generates a deep foreshortening. 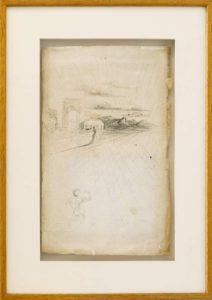