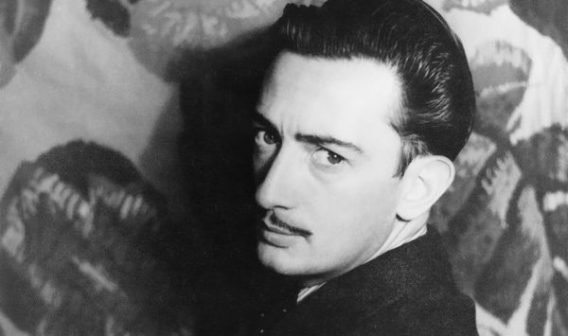 Some of the world’s most creative minds, including Salvador Dalí and Thomas Edison described using this sleep technique to bolster creativity.

To get the creativity boost, you essentially need to wake up just as a certain sleep stage sets in, where reality seems to blend into fantasy.

To use the technique, visionaries such as Dalí and Edison would hold an object, such as a spoon or a ball, while falling asleep in a chair. As they drifted off, the object would fall, make a noise and wake them up. Having spent a few moments on the brink of unconsciousness, they would be ready to start their work.

This early sleep stage, known as the hypnagogic state or N1, lasts only a few minutes before you drift off to deeper sleep, but it may be the “ideal cocktail for creativity,” the researchers wrote in the study, published Dec. 8 in the journal Science Advances. Humans spend about 5% of a night’s sleep in N1, but it’s an extremely understudied sleep stage, said senior author Delphine Oudiette, a sleep researcher at the Paris Brain Institute.

In N1, you can imagine shapes, colors, or even bits of dreams in front of your closed eyes, yet still hear stuff in your room, Oudiette said. “The pattern can be very different” depending on the person, Oudiette told Live Science.

Inspired by the great minds who employed the technique, Oudiette and her group set out to test whether the sleep method would actually work for everyday people. They recruited 103 healthy participants who had the ability to fall asleep easily and asked them to avoid stimulants and sleep a bit less than usual the night before the experiment.

They presented them with a math problem in which they had to guess the last digit in a sequence and provided them with two rules that they could apply in a step-by-step manner to figure it out. But the researchers included a “hidden rule” that the eighth digit was always the second digit in the sequence. If anyone figured that out, it would significantly reduce the amount of time it took them to solve the problem.

“Contrarily to the popular view, creativity is not restricted to specific field such as arts,” Oudiette said. Creativity involves two elements: originality and usefulness to the context.

In this case, participants who figure out the hidden rule are being creative because they weren’t instructed to solve the problem in that way, so they’ve found a novel and useful strategy, Oudiette said.

In the first part of the experiment, the participants were asked to solve 10 math problems using the two rules.

They were then given a 20-minute break, in which they were told to relax or sleep in a comfortable position on a semi-reclined chair in a dark room, with their hands placed outside the armrests. They held a light drinking cup so that if they fell asleep, the cup would fall, make a noise and wake them up. “The goal was to isolate the specific effect of N1 without any contamination of other sleep stages,” Oudiette said.

As different stages of sleep are marked by different patterns of brain waves, the researchers were able to monitor, using an electroencephalogram (EEG), when the participants drifted from the N1 stage to the deeper N2 stage.

Once the resting stage of the experiment was over, the researchers asked the participants to solve more math problems. They recorded whether the participants showed an increase in “insight,” which meant they either started solving the math problems significantly quicker or they explicitly said that they figured out the hidden rule.

The researchers found that the participants who spent at least 15 seconds in the N1 stage had an 83% chance of discovering the hidden rule, compared with a 30% chance for those who remained awake.

“The only difference between the two groups is one minute,” Oudiette said. That’s “kind of a spectacular result.” But if the participants drifted into N2 sleep, the effect disappeared. Therefore, the authors concluded that there was a “creative sweet spot” that could be hit only if people balanced falling asleep easily with falling asleep too deeply.

The research adds key evidence of the “importance of the mostly ignored hypnagogic [state]” said Robert Stickgold, a professor of psychiatry at Harvard Medical School and the director of the Center for Sleep Control and Cognition at Beth Israel Deaconess Medical Center in Boston, who was not involved in the study. They’ve shown that in a short amount of time, this sleep stage can “dramatically increase insight into a previously studied task.”

But what was “most surprising” was that you had to wake up and return to the task without falling deeper into sleep to observe this enhanced insight, Stickgold told Live Science.

It’s not clear why the N1 sleep stage boosts creativity, but because it’s a semilucid state in which you lose control of some of your thoughts yet are still somewhat aware, it might create an “ideal state where you have this loose cognition and weird associations,” Oudiette said. In this phase, you “also have the ability to catch it if you get a good idea.”

The researchers also asked the participants who fell asleep what was going through their heads right before the fall of the object woke them up. One participant said “At one point, I saw a horse in the hospital. There was also a man who was doing the same experiment as me, who was much older and who had a kind of plastic helmet on his face,” while another said “I had the feeling of being at the water’s edge, no wind, there were airy sounds, as in a temperate forest in summer.”

Other participants saw geometric shapes and colors. The researchers found that about one-third of the reported thoughts were linked to the task, but they didn’t find a link between those reports and an increase in insight. “It doesn’t mean that these experiences play no role though, further studies are needed on this point,” Oudiette said.

Stickgold agrees.”More dream-oriented studies will be needed to clarify any role that these dreams have,” he said.

The researchers now hope to test the effect of N1 sleep on different types of creative tasks, perhaps some with more real-life application, Oudiette said. Another cool next step would be to figure out if there’s a way to specifically target this creative sleep stage so that people can use the technique without having to hold an object.

If you’re curious about the technique, you can try it out yourself. “We investigated the everyday person, not Dalí or Edison,” Oudiette said. Better yet, “we used an object that costs three euros.”

Originally published on Live Science on the 8th of December, 2021.